Religion and Politics in Contemporary Chile 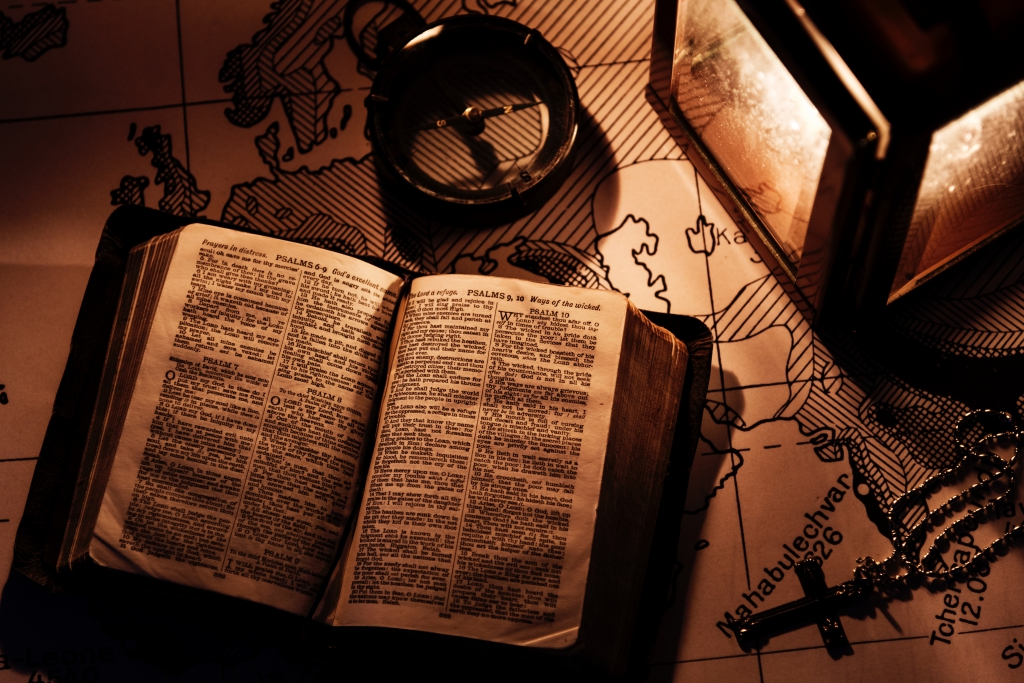 The relationship between religious orientations and political preferences is a highly controversial issue in the fields of comparative sociology and politics. Theoretically, secularization --broadly understood as the process through which people progressively distance themselves from religious institutions and symbols (Berger 1990) -- can either weaken or strengthen the linkage between religion and political preferences.

On one hand, many secularization theorists claim that the process of secularization has eroded the historical centrality that religious institutions had in western societies, and this loss weakened the authority of religious institutions in the political arena. Consequently, as religious considerations and viewpoints loose salience in the political debate, the influence of religious beliefs and orientations on political preferences is undermined. On the other hand, the process of secularization may reinforce the relation between religion and political preferences. As secular lifestyles gain prominence, visibility and legitimacy, those segments of the population that remain religious can feel challenged. Claims for a more liberal society, pushing in favor of more progressive legislation that favors same sex-marriage, abortion, among other issues, may end up re-activating and reinforcing the association between religious orientations and political preferences.

In our recent LARR article “Ideological Preferences and Evolution of the Religious Cleavage in Chile, 1998-2014” we suggest a possible solution to this longstanding academic opposition. Specifically, we claim that dealignment and realignment, or at least a stable political alignment, can simultaneously coexist in a single society. The coexistence of these apparent contradictory trends is feasible once we consider the degree of religious heterogeneity with which individuals experience religion. While secularization may weaken the levels of commitment to religious institutions among certain sectors of the population, at the same time, it can increase the commitment in others.

We provide empirical evidence from nationally representative public opinion surveys conducted in Chile between 1998 and 2014 to support our claim. During this period, Chileans have been increasingly leaning towards not identifying with traditional ideological positions, commonly measured through a left-right self-location scale. The magnitude of this dealignment process has been quite large, and particularly sharp among the irreligious (which groups atheists, agnostics and people who do not identify with any denomination). For example, the percentage of respondents from this group that declined to mention a left-right preference increased 26 percentage points between 1998 and 2014, while the corresponding figure among Catholics and Evangelicals is approximately 10 percentage points.

Our analysis shows that this dealignment trend is not only moderated by religious denomination, but also by degree of religious observance, which we capture by frequency of church attendance. Catholics propensity to identify with a political position, and to express a right-wing preference in particular is moderated by how actively they go to church. As Figure 1 shows (extracted from our article), non-attending Catholics have decreased their probability of expressing right-wing preferences, with a corresponding increase in the probability of not identifying with any ideological position, at higher rates than have frequently attending Catholics. The difference in the probability of mentioning a right-wing ideological position between both types of Catholics rose from six to thirteen percentage points during the period under observation. Similarly, the probability of not opting for any ideological label rose from four percentage points in 1998 to thirteen percentage points in 2014. Evangelicals, in contrast, behave as a more homogenous group, whereby identification with no ideological position has grown similarly between observant and non-observant individuals.

Figure 1: Predicted probabilities (with 95% confidence intervals) for each ideological preference by religious denomination and year. 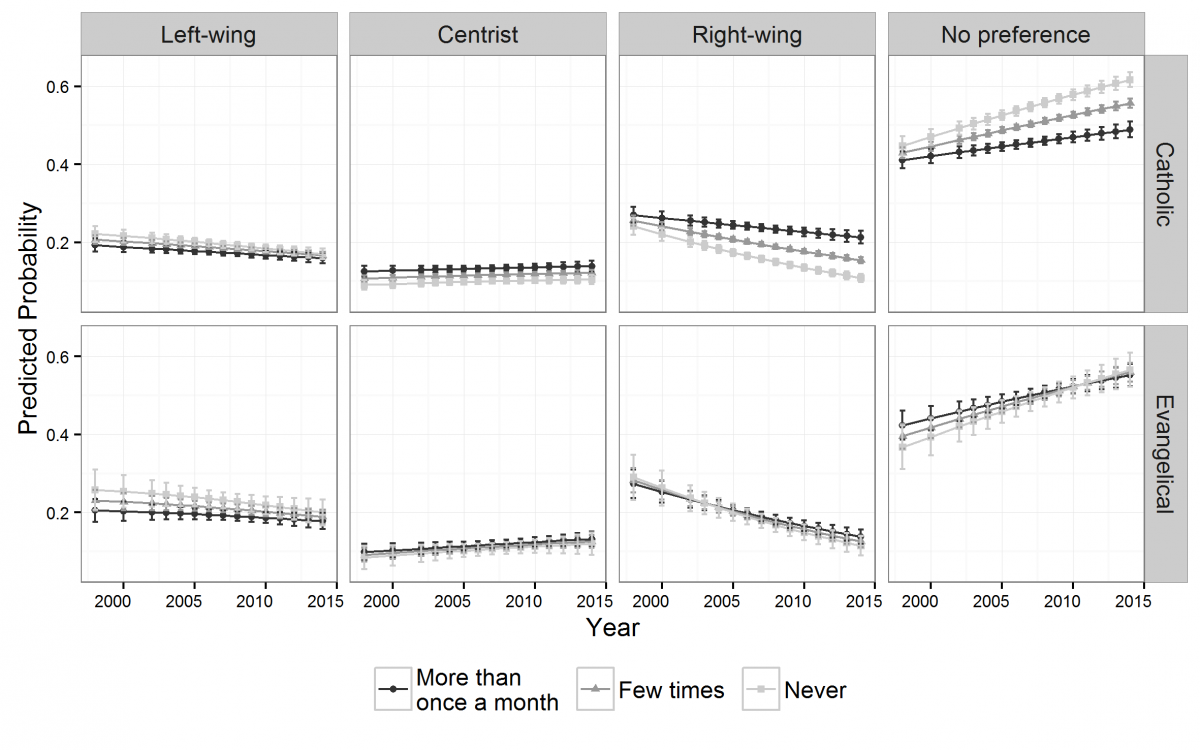 We interpret the behavior of observant Catholics as a form of ideological resistance to an increasingly adverse social context in which secular lifestyles gain prominence and legitimacy. As we mention in the article, this phenomenon is not unlike other political processes of the political realignment occurring in United States and Europe (Kellstedt et al., 1994; Layman, 2001; Brooks and Manza, 2004) whereby religious groups become increasingly associated with more conservative oriented preferences. The Chilean case, in contrast, highlights how within a generalized context of political dealignment there are also observable signs of stability in the salience of the religious cleavage.