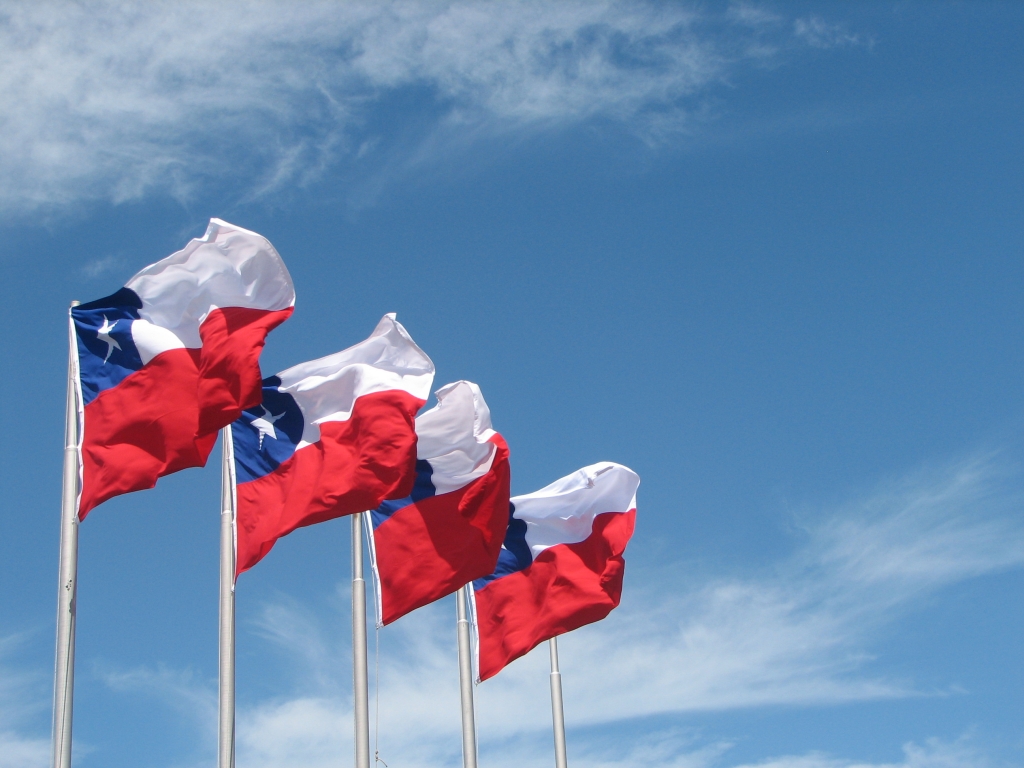 Despite Chile’s rich traditions of literary writing, relatively little attention has been paid to women writers and their contribution to the national and the Latin American canon until the past couple of decades in comparison with their male counterparts. In this article I will draw on scholarly, critical, and personal/anecdotal insights to discuss a number of both established and emerging women writers.

Yet is there an uninterrupted tradition of (women) writers in Latin America or in general? Is women’s writing inevitably different than men’s, and if so, is the difference expressed by women’s writing an essential or an evolving concept? Does it (still) make sense to speak of national literatures and (gendered) canons in today’s multicultural, increasingly transnational and  diverse world? I raise these questions at the outset not to propose answers or to engage in an extensive scholarly debate here--which would risk oversimplification--but to begin situating some of the women writers I will be discussing in a broader context. Needless to say, this piece will only mention a limited number of writers, their work, and their circumstances, hopefully enticing the non-specialist Spanish and English-language reader into seeking out and exploring some of the works discussed on their own.

The most well-known Chilean women writer of the twentieth century abroad is indubitably Gabriela Mistral (1889-1957). Born Lucila Godoy Alcayaga, Mistral’s name immediately comes to mind as the first- and so far, only, Chilean/Latin American woman to have won the Nobel Prize for literature in 1945. While best-known in the literary realm for her poetry, Mistral also published a good many articles in newspapers and magazines and has lived abroad for much of her life. She is equally importantly remembered for her involvement as a teacher and educator in Chile. According to the Nobel Prize Foundation, she was awarded this prize “for her lyric poetry which, inspired by powerful emotions, has made her name a symbol of the idealistic aspirations of the entire Latin American world.” (1) Mistral’s poetry is widely read in her native Chile and is also widely available in English, with several anthologies of her poetry being ready for purchase on the Internet, although she does not stand out the most studied Chilean woman writer in contemporary academia. On the other hand, a critical interpretation of Mistral’s iconographic status is provided by Licia Fiol-Matta in her book Queer Mother for the Nation: The State and Gabriela Mistral (2002), (2)  which analyzes the intersection of gender, sexuality (Mistral’s covert lesbianism), and nation in the context of Chile’s need for iconic symbols.

Another well-known writer from the past century who has achieved a good level of popular as well as critical acclaim is María Luisa Bombal. Born some twenty years after Mistral in 1910, Bombal distinguished herself primarily in the realm of prose fiction. After pursuing her education in Paris, Bombal returned to Chile and subsequently left for Argentina after a failed first marriage, although she eventually returned to Chile where she died in 1980. Her works, a good number of which have been translated into English, often adopt a feminist perspective and incorporate overt eroticism, surrealism, and fantasy.  Two of her best-known titles are the nouvelles La última niebla (1935) and La amortajada (1938), translated in English as The Final Mist and The Shrouded Woman, respectively, and deal explicitly with the limitations imposed on women’s lives in the patriarchal Chilean society in the first half of the last century. Bombal is currently enjoying a good amount of scholarly attention both in Chile and in the United States, with several critical studies having been published over the past decade. A particularly compelling study of Bombal’s work is Bernardita Llanos’ Passionate Subjects: Split Subjects in Twentieth Century Literature in Chile: Brunet, Bombal, and Eltit (2009), (3) which places Bombal’s feminist politics in a broader critical conversation around the analytical axes of normative and transgressive sexuality, authoritarian masculinity and modern nation-building, as well as women’s struggles for citizenship rights in the public sphere.

Fast forward two decades after Bombal’s birth: the most important Chilean women writers born in the 1940s, one may argue, are Isabel Allende (1942) and Diamela Eltit (1949). The coupling of these two names makes for a particularly striking analysis, as both women have been deeply affected by Augusto Pinochet’s military regime (1973-1989) and yet have chosen to respond to it very differently. Isabel Allende was born in Lima, Peru to Chilean diplomats and had a kinship connection with the democratically-elected socialist president Salvador Allende, who was a first cousin of her father’s. She fled Chile after the CIA-backed junta took over in 1973 and eventually settled permanently in the United States in the late 1980s. Her first major work, La casa de los espíritus (1982; trans. The House of the Spirits) helped launch her career as a major US-based Spanish-language author and remains one of the most well-known books of Latin American literature to this day. Although Allende is the recipient of such prestigious honors and prizes as Chile’s National Prize for Literature (2010) and the Presidential Medal of Freedom (awarded by Barack Obama in 2014), her work has occasionally received negative criticism in scholarly circles, primarily due to a perceived tendency to please international audiences with an exoticized version of Latin American culture. On a personal note, I will confess that as a teenager learning Spanish in Romania I very much enjoyed her books, particularly her memoir Paula (1994) in which Allende recounts the agonizing process of sitting by her daughter in the hospital during her final months--Allende’s daughter, Paula Frías (1963-1992) died of porphyria a few years after the family’s permanent relocation to the United States.

Diamelta Eltit, on the other hand, is widely acknowledged as a symbol of resistance to Augusto Pinochet’s regime from within. Unlike thousands of other activists, writers, and artists who fled or were forced to flee, Eltit opted to stay in Chile during the military dictatorship and engaged in active resistance to the military government’s repressive discourses and practices. Currently a professor of literature at NYU, Eltit was a founding member of CADA (Colectivo de Acciones de Arte, roughly translated as The Collective for Art-based Action), (4) a group formed in 1979 that used performance in public spaces to question the regime’s censorship and the fear it instilled in the Chilean population. Eltit has published over a dozen novels since her debut work Lumpérica (1983, translated as E. Luminata), most of whom are also available in English. Although Allende and Eltit were nominated for the Chilean National Prize for Literature at the same time and Eltit lost, it is safe to say that Eltit’s work and persona have made a much greater impact in academic literary circles that Allende’s. Currently the subject of  dozens of dissertations and numerous critical studies, Eltit stands out for both her socially conscious thematic repertoire (which includes the legacy of violence, poverty, urban marginalization, surveillance, censorship, and their effects on bodies) as well as her peculiar awareness of language-as-representation, which manifests itself in the choice of such striking book titles as Vaca sagrada (Sacred Cow, 1995) , Infarto del alma (Soul’s Infarct, 2009) and El cuarto mundo (The fourth world, 2001).

More recently, a newer generation of women writers who are heirs to, but not bound by, the legacy of the military regime has also emerged. Although I cannot do justice to the increasing number of professional writers from Chile (and Latin America in general) in the space of this article, three names whose work I’ve particularly enjoyed come to mind. Alongside a number of differences in style and thematic choices, Andrea Maturana (b. 1969), Andrea Jeftanovic (b. 1970) and Lina Meruane (b. 1970) have each produced a number of critically acclaimed works of fiction and illustrate different aspects of contemporary Chilean literature. These women writers may be said to follow in the footsteps of their predecessors in that they tend to complement their artistic work through related activities (such as university teaching and writing workshops) and have spent at least some time abroad. On the other hand, while their work lends itself to social commentary on local issues, it also reflects the growing trends toward transnationalism (including translations into languages other than English, such as Portuguese, French, Italian and Dutch), the openness to discuss sensitive topics such as child abuse and LGBT parenting, and a wider recognition of the diverse immigrant histories and cultures that constitute the Chilean social fabric.  Maturana’s first major work, El daño (The Damage, 1997) addresses the psychological effects of childhood abuse on adolescent girls. The theme of family relations also appears in her collection of short stories No decir (Do not tell, 2006), which was praised by critics for exposing the secrets  that lie behind the façade of normalcy in middle-class Chilean families. With a bent toward the psychological aspects of human reality, Maturana’s short stories feature such characters as single mothers, lesbian couples, and estranged granddaughters. Andrea Jeftanovic--who was educated at Berkeley and began her literary career in the creative workshops of Diamela Eltit-- shares with Maturana an emphasis on the disruptive aspects of family relations. Her first novel, Escenario de guerra (War Stage, 2000) illustrates the traumatic experience of an immigrant family from the Balkans who fled World War Two and subsequently witnessed the wars in the former Yugoslavia from their new country of residence. Although the concept of minority/immigrant literature has not enjoyed much currency in twentieth century Chilean fiction, the trend toward writing about one’s immigrant background seems to be growing. Alongside Jeftanovic (who is from a Jewish and Serbo-Croatian background), Lina Meruane’s Volverse Palestina (Becoming Palestine, 2013) details the writer’s search for her Palestinian roots after several generations of assimilation into Chilean society. (5) Among other features, Jeftanovic and Maturana share an emphasis on transnational or otherwise heterogeneous aspects of contemporary society. Jeftanovic’s novel Geografía de la lengua (Geography of the Tongue, 2007) explores the affective and intercultural dimensions of a love affair between a US man and a Chilean woman using such events as the 9/11 attacks in the background. Meruane’s Sangre en el ojo (Blood in the eye, 2012) is a loosely autobiographical novel about of a young woman who is forced to return to her native Chile from New York after she is accidentally blinded at a party in the Big Apple, and who must also confront the past that she left behind. This work earned Meruane the prestigious Sor Juana Inés de la Cruz Prize, awarded annually since 1993 to a novel authored by a woman writer in the Spanish-speaking world.

Chilean literature has contributed more than a fair share of authors and works to the literary canon of the Spanish-speaking world. Women writers have in turn made a significant contribution to this literature, though they were not always properly acknowledged, studied, and celebrated. It is no secret that, alongside a successful (by some standards) story of economic growth and increased openness toward world culture over the past decades, Chile has also had to grapple with a legacy of pauperization of the working classes, authoritarianism, and censorship. Contemporary women’s voices, including those of Isabel Allende, Diamela Eltit, Andrea Maturana, Andrea Jeftanovic, and Lina Meruane besides many others, give voice to the diverse socio-cultural dimensions of Chile (at home and abroad), inviting readers to explore a world in transformation.

2.  Fiol-Matta, Licia. Queer Mother for the Nation: The State and Gabriela Mistral.     Minneapolis: U of Minnesota P, 2002. Print.

5.   Incidentally, Chile has the largest population of descendants of Palestinian Arabs outside the Middle East. 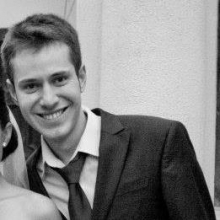 Alexandru Lefter
A native of Romania, Alexandru Lefter has lived in the United States for the past 11 years and is completing his Ph.D. dissertation in Hispanic Literatures at the University of Pittsburgh. He has traveled extensively to Latin America and will begin teaching as an assistant professor of Spanish at the University of Jamestown in North Dakota this upcoming August.